Menu
Since the beginning, the group has gained widespread approval and has spread the name of Arezzo all across Europe and in the other continents with more than 1.700 performances. 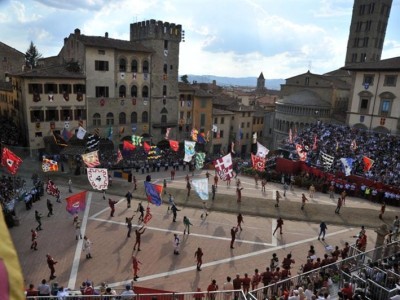 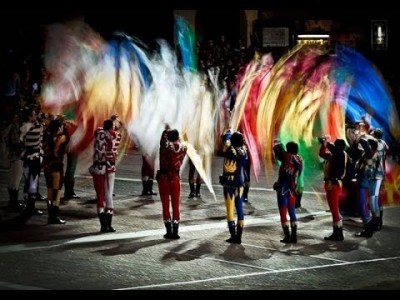 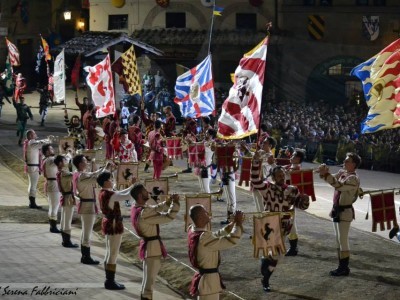 Beyond our parade movements, performances last 5/45 minutes and can also take place indoor (theaters, sports halls), provided there’s no particular height limit. Each performance is made of different parts, ranging from the traditional solos –enhancing technical ability and accuracy – to simultaneous flag-waving, where harmony and synchrony prevail. In a crescendo of complexity, the group goes from performances in pairs to small and large teams that are definitely the peak of intensity and emotion. 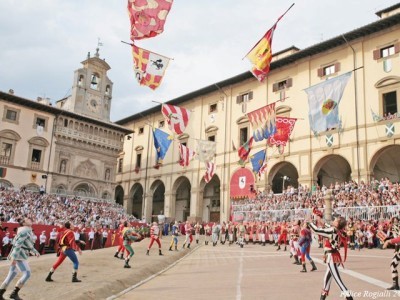 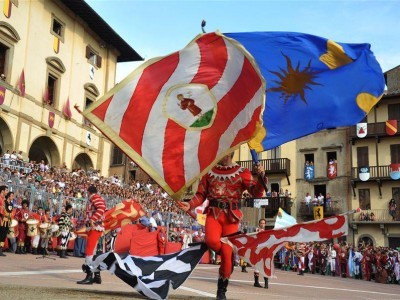 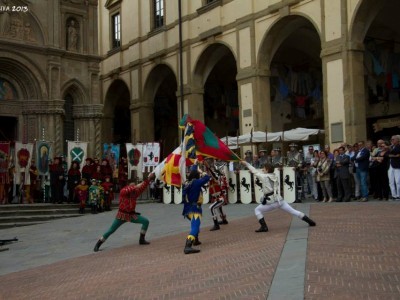 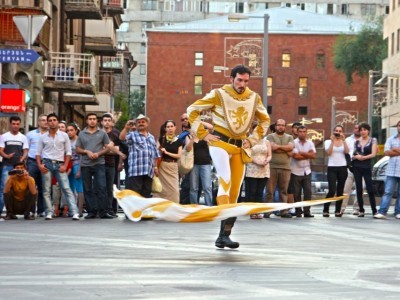 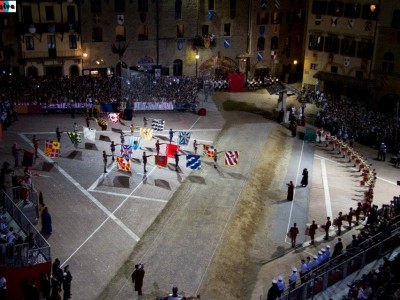 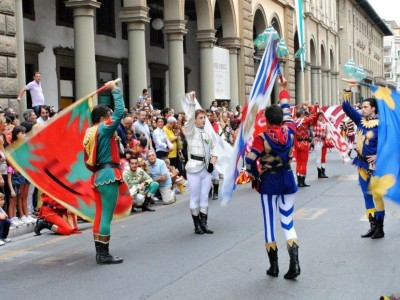 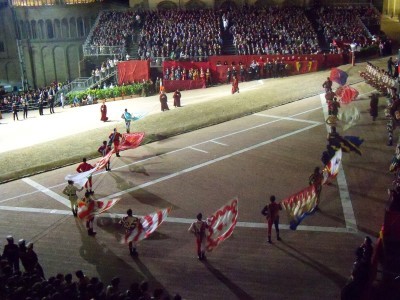 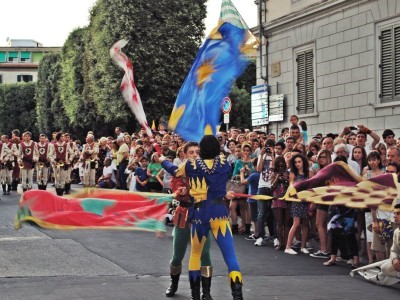 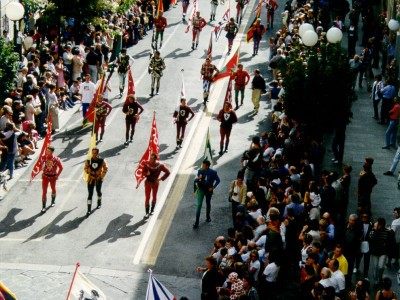 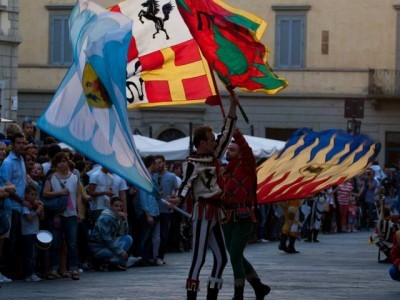 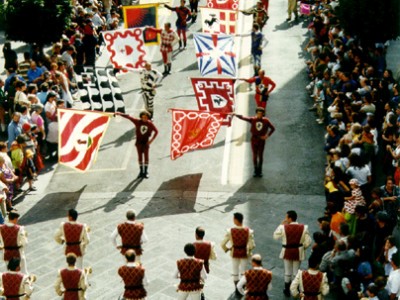 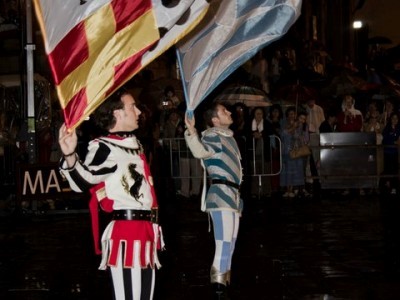 Last but not least, the group’s greatest pride is the widely imitated Skirmish, devised by Vittorio Dini as a metaphorical struggle between good and evil. It was performed for the first time in 1962 at Tivoli in Copenhagen, Denmark and it represents a sort of fight between two opponents armed not with a sword but with a flag which, by tradition, can never be used to lunge. So elegant and acrobatic, the Skirmish ends with a winner that won’t humiliate his opponent but will rather offer him a chance to redeem himself. This offer becomes clear when the flag, symbolically lost, is returned to the rival. It’s a sign of trust in man, because basically the Skirmish is a highly symbolic allegory. And this is one of the reasons why it is always a success, in Arezzo and everywhere else. 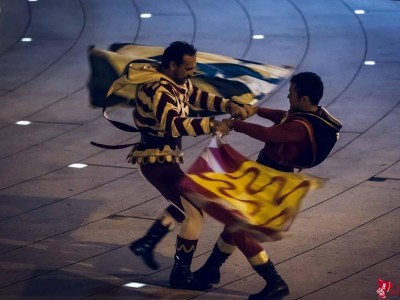 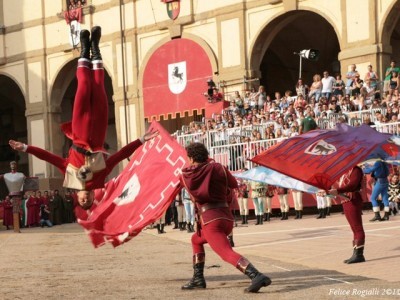 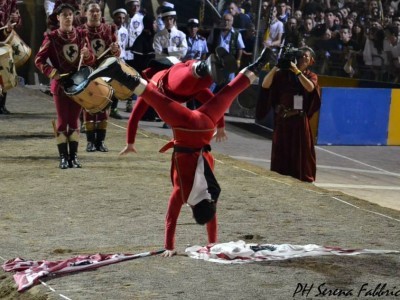 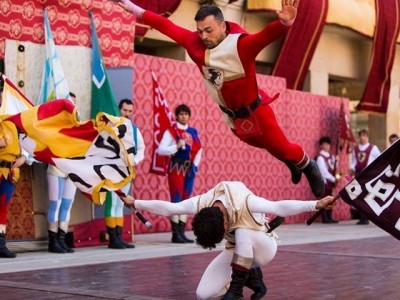 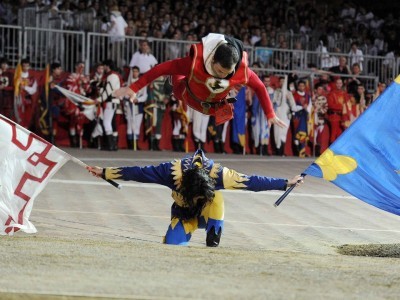 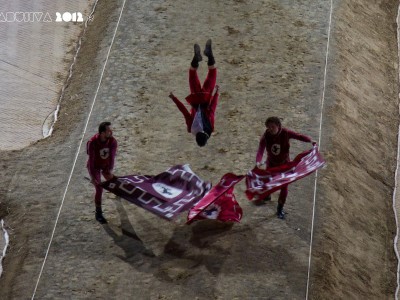 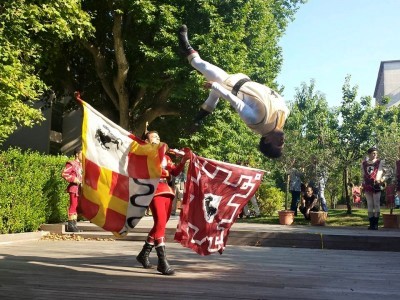 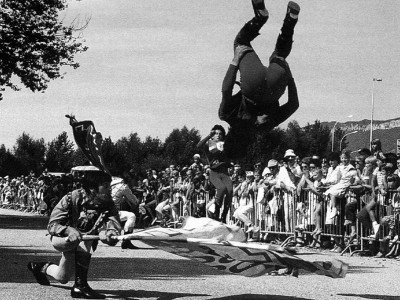 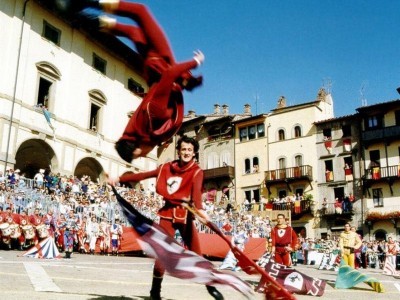 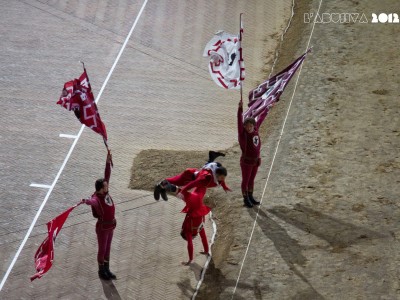 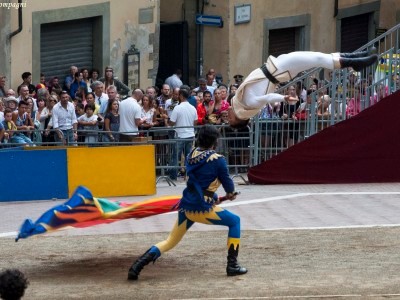 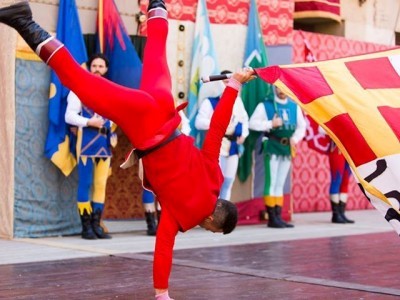